Why we need sustainability in space, and why Earth return is the place to start

Outpost is my love letter to the space industry.

For the last half-century of space exploration we have treated space as separate from Earth. We’ve sacrificed sustainable approaches towards exploration for easier throw-away options. If we are to create a future whereby millions of people are living and working in space, this mentality must shift.

In the past, when exploring a new frontier, countless excuses have been made. We’d often hear phrases such as “there, not here” and “the oceans are too big to be polluted.” We are still hearing the same rhetoric from space companies today despite now knowing that these phrases are false narratives. At its worst, the combined efforts of our space activities is currently creating a landfill above our heads.

Now is the time for sustainable space.

This is why I decided to start a new space company after my previous one, Made In Space, was acquired. Taking into account what our Earth needs, the concept for Outpost was born. In the post below, I wanted to share the founding story of Outpost with you and provide a glimpse of where the company (and space industry) is heading.

Our mission at Outpost is to make Earth a sustainable home forever, and our vision is that space becomes the gateway to a more resilient Earth.

The space industry is on track for massive growth in the coming decades, and we are headed towards a future where millions of people live and work on-orbit. But today we are polluting Earth orbit with space debris from single-use satellites making many locations inhospitable for future space habitats. This is the problem Outpost has set out to solve. 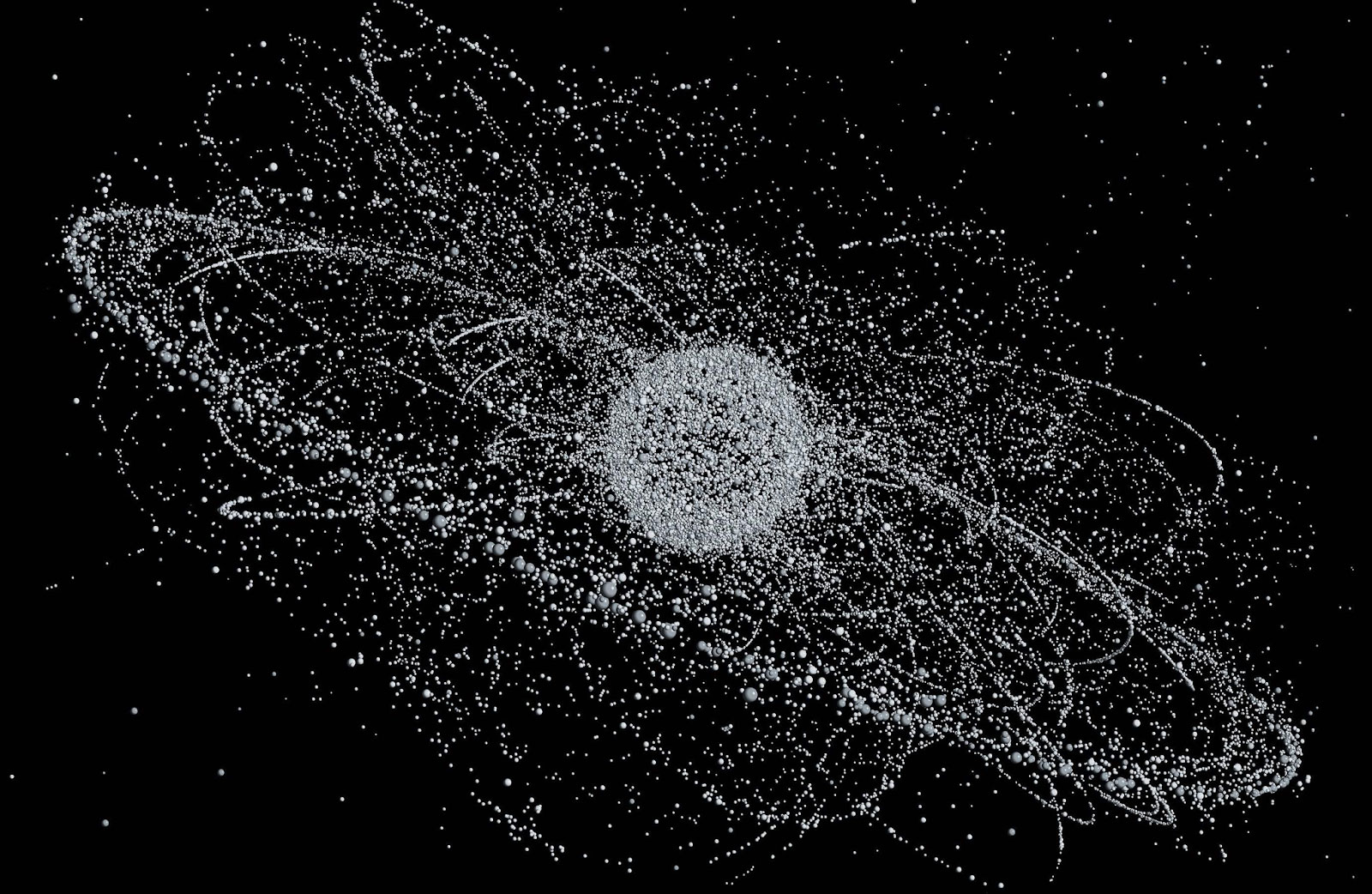 Outpost has designed the world's first reusable satellites. These satellites will return to Earth after mission completion and go through refurbishment for their next mission. This technology will reduce future space debris and contribute to the long term sustainability of human life in space while making the cost of a satellite mission up to 80% cheaper and 100% cleaner.

Our two-stage re-entry system offers low-mass, high-efficiency Earth Return, and our advanced autonomous paraglider technology delivers unparalleled landing precision for full recovery of satellites and their payloads from space, providing assurance for research projects and enabling the reuse of satellites.

This platform radically reduces the cost and time of working in space, which unlocks an iterative, sustainable space economy for the future.

The immediate opportunity for Outpost is helping rethink how we deploy and use satellites, and reusable satellites will unlock many new opportunities for research and sustainability. At the very least, the ability to return damaged satellites to Earth to be repaired and reflown unlocks a major advancement in the industry.

We believe that the satellite of the future is reusable, just like a rocket.

The Future We Want To Help Build

The space frontier is the next wild west with trillions of dollars ready to be unlocked. Just like the California gold rush of the 1800’s, there will be many players jumping in hoping to strike it big. Outpost borrows its name from the scattering of outposts on the California frontier that supplied hopeful gold miners with their equipment and supplies. Outpost is being built to serve the growing industrial needs of the space frontier.

Since we are still in the early stages, we have the opportunity to approach development of the space frontier differently than industries have developed frontiers of the past. The future of space is happening right now, and that alone is exciting. But it’s imperative for us to get it right by moving forward in a responsible and sustainable way. There needs to be a fundamental mind shift to how space is done from planned obsolescence to responsible space use, and it is critical to not continue to add this problem.

We are entering an era of Mega constellations, and those satellites are doing important work. But satellites are getting deorbited every day, and soon we estimate that as much as 15 metric tons of satellites could be burned up every single day and replaced with more. Thousands and thousands of satellites are being launched each year, with 22,000 applications submitted for small satellites in 2018 alone. With every satellite launched, the precious resources we use from Earth are burned up in the atmosphere. This isn’t sustainable  for our planet or our future in space. This isn’t just a domestic issue, it applies globally. Outpost is the first step in solving that problem.

Outpost’s platform is a 200kg spacecraft capable of carrying customer payloads to and from space. We haven’t seen something that small go into orbit and be returned. Our satellite will provide precise, local delivery of payloads to space rather than having them be dropped off at the same port. Our two-stage re-entry will bring it home with pinpoint landing accuracy. By flying with Outpost, users can put payloads into space, iterate, and learn how they performed in space. We facilitate iteration in space at a quicker pace by getting a user’s payload back into their hands.

Outpost unlocks access to research and work in space that we need. Important and amazing work will emerge from working in space over the next decades, beyond the limits of ISS experiments. This work will have dramatic impacts on Earth, from combating climate change to developing new materials, to new communication and even pharmaceutical technologies.

First, we need to expand access to researchers needing to work in space. Our platform is the answer.

Why hasn’t anybody solved this problem?

The primary reason that satellites were not reusable until Outpost’s mission is due to the lack of maturity of the underlying technologies needed to re-enter a small vehicle through Earth’s atmosphere and safely to the ground. Lightweight material technologies from the paragliding industry enable efficient, compact, low mass airfoils capable of orbital storage and high altitude deployment. Furthermore, these novel flight platforms used in combination with lightweight deployable heat shields developed and tested by NASA close the technical design of a reusable satellite circumventing the need for a heavy, fixed-wing space plane or capsule for Earth return.

Over the last 5-10 years, 2 big technological advancements have made it possible to make the enterprise-class satellite returnable to Earth, and thus reusable for multiple missions:

Furthermore, the capabilities of an orbital space platform is the sum of all of its parts. In addition to the innovations Outpost is unlocking to make the satellite reusable, there are several advancements taking place in satellite design that we can leverage to make a state of the art platform:

Building a satellite today is better than building one yesterday in general due to the above aspects—The combination of these factors establish a new capability boundary for satellite platforms. By strategically combining demonstrated systems that introduce large gains in capabilities such as high impulse green propellant and inflatable heat shields the 200kg satellite class enters the reusable regime unlocking new potential for commercial players. Just as reusable rockets changed the launch game, the reusable satellite will change the satellite game.

The Vision for the Future of Outpost

We’re a space platform product first, and a satellite company second. We believe that almost all the value we can offer our customers comes from offering space-platform products which gives affordable access to the space environment. Reusable satellites are an important enabler, but really just that - an enabler. The reusable satellite product gives Outpost a steady foundation to build customer traction and revenue, while also creating a vital space-platform that today does not exist. As far as we and our customers are concerned, reusable satellites are a revolutionary step in space operations, but the real value is in the new forms of space access and Earth return it provides. The value perceived by our users is that Outpost is building the platforms needed for new space economies to operate from.

Over time, our product line will expand and grow into new directions, but more on that later.

By lowering cost, we increase access to space. Throughout our generation, non-professionals and startups have been trying to go to space. We’ve lived an entire lifetime waiting for this to happen. Three decades of people trying to do things in space. By reducing the capability boundary to space, the floodgates open wider. As Outpost and hopefully others focus on sustainable space development, a new generation of innovators will be empowered to do things in space. That impacts not only the future we are looking to build in space, but our future here on Earth.